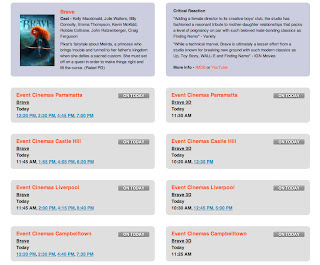 From this week, eBroadcast will be offering content partners, mobile and website users an industry-leading four week cinema schedule.

The advanced rolling timetable offers users the ability to book their cinema seats with all major cinemas up to a month in advance. Previously, the industry standard schedule consisted of a seven day, Thursday to Wednesday timetable.